I left Norman at 5:45pm to head to Denver for the National Storm Chaser Convention. Light rain and fog occurred throughout the portion of my drive through Oklahoma. After briefly getting into the clear after entering Colorado, I had to battle with some pea soup fog between Lamar and Limon. I arrived at the Holiday Inn DIA at 2:45am on the 19th, hoping to check into my room for some much needed rest before the convention.

When I went to the front desk to check in and gave the clerk my name, the clerk checked his computer and told me there was no reservation under my name. I then gave him my confirmation number, but still nothing was coming up in his computer. It was now clear to me that they had lost my reservation, and I was going to need to find a hotel somewhere else. Unfortunately this was Presidents Day weekend, and the NBA All-Star game was in town as well, so finding a hotel room would not be easy.

I then spent the next couple of hours driving around Denver in a desperate search for a hotel with vacancy. I finally found a Ramada Inn in Wheat Ridge (about 20 miles west of the Holiday Inn DIA) at 4:30am. 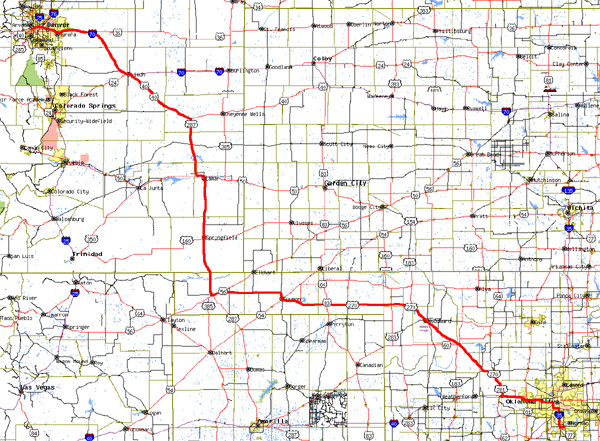